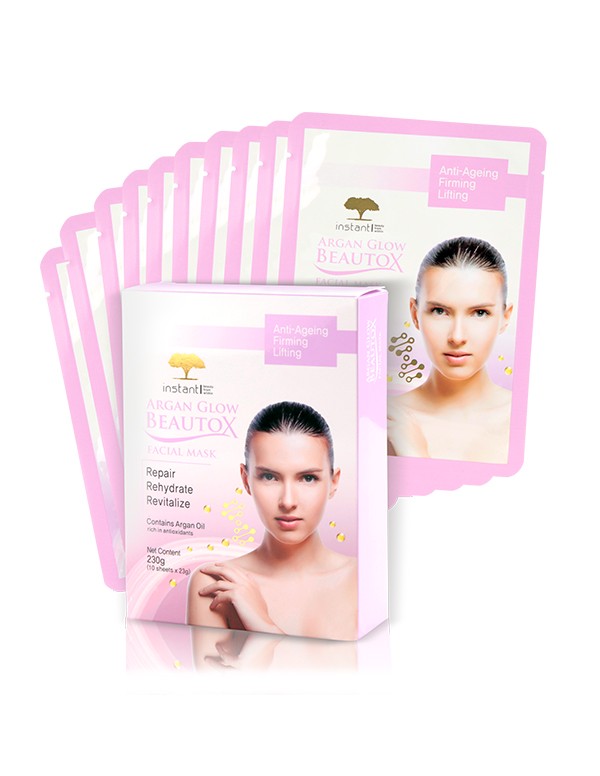 Argania Spinosa (Argan) Kernel Oil: It is an oil produced from the kernels of the Argan tree, endemic to Morocco. Pure and natural Argan Oil has been used in Morocco for centuries to nourish and protect the skin, hair and nails. Argan oil contains natural tocopherols (vitamin E), essential fatty acids and antioxidants.

Argan Oil is ideal for all skin types, including the most sensitive skins. It is an excellent moisturising emollient for dry, rough skin and can also be used to add a beautiful healthy sheen to hair, leaving it feeling silky soft and smooth.

Clinically proven as an anti ageing tool by promoting production of collagen in the skin therefore effectively fights against free radicals responsible for facial wrinkles, neckline and the signs of ageing throughout the body. Argan oil leaves the skin soft and nourished with more natural elasticity whilst also restoring vitality to the nails.

Acetyl Hexapeptide-8: Commonly referred to as “Botox in a jar” because it’s believed to inhibit the release of neurotransmitters and relax the facial muscles- thus reducing expression lines and wrinkles.

Palmitoyl Tripeptide-5: made up of chains of amino acids, and has the ability to penetrate the epidermis and enter deep into the dermis, where it stimulates collagen production and healthy tissue growth. It not only speeds up collagen synthesis in the skin, but early studies suggest that this peptide also has the ability to communicate with skin cells and prevent toxins that penetrate them from doing harm.

After cleansing, put the mask on your face and leave it for15-20 minutes. Remove the mask and gently massage the remaining essence onto skin until fully absorbed.